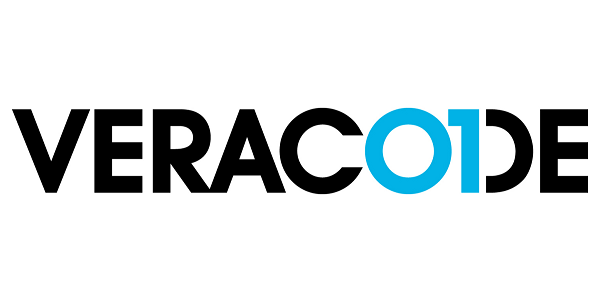 BURLINGTON, Mass. – September 22, 2022– Veracode, a leading global provider of application security testing solutions, today revealed that the healthcare sector takes first place for the proportion of software security flaws that are fixed, at 27 percent. The sector overtook financial services as the top-performing industry, demonstrating healthcare providers have made good headway toward the goal of making their software more secure over the past year.

The data was published in the company’s annual State of Software Security (SoSS) report v12, which analyzed 20 million scans across half a million applications in the healthcare, financial, technology, manufacturing, retail, and government sectors.

Chris Eng, Chief Research Officer at Veracode, said, “Healthcare is one of the more highly regulated sectors and is considered critical infrastructure by the government, so it’s encouraging to see the sector performs comparatively well in terms of overall flaw remediation. We hope healthcare developers and IT staff see this as a welcome ray of sunshine amidst the all-too-often gloomy realm of software security. There is still work to do, so here’s to more improvements in the years to come.”

Despite taking the top spot for fix rate, 77 percent of applications in the healthcare industry contain vulnerabilities, with 21 percent of applications containing high severity vulnerabilities. The sector also has ample room for improvement in terms of the time spent to fix flaws once they’re detected, taking up to a whopping 447 days to reach the halfway point of remediation.

Healthcare Breach Costs Are the Most Expensive

With healthcare companies incurring the highest average breach costs, at a new record high of $10.1 million*, taking proactive steps to minimize the risk of a cyberattack is imperative. Since data breaches in highly regulated industries tend to be associated with larger long-term costs that accrue over the ensuing years, the industry would benefit from even greater comprehensive efforts to address security earlier in the software development lifecycle.

Of the six industries analyzed, healthcare providers rank toward the bottom for the proportion of applications with any flaws, and second to last for the percentage of high-severity flaws—defined as those that present a serious risk to the application and organization if they were to be exploited. When it comes to the types of flaws discovered from dynamic analysis of applications in the sector, compared to other industries healthcare providers perform well for authentication issues and insecure dependencies, but have a higher incidence of cryptographic and deployment configuration issues.

Eng said, “We know that no application will ever be 100 percent free of security flaws, so it’s important that businesses take all necessary steps to minimize risk as much as possible. This includes scanning at a regular, rapid pace using multiple testing types, integrating testing tools into developer environments, and providing hands-on training to help developers understand the origin of flaws and how to fix or prevent them entirely. The healthcare sector should also take extra care to prioritize critical flaws—those vulnerabilities that could have a catastrophic impact if left unaddressed for too long.”

Andrew McCall, Vice President of Engineering, Azalea Health Innovations, said, “The biggest obstacle to building security into our workflows is that developers will treat security as just a checkbox. But security is an ongoing process and has to be top of mind throughout the software development life cycle. We chose Veracode because it was the easiest and best solution when it comes to integrating into our existing processes.”

Considering a sharp increase in regulations to secure the software supply chain over the past year, the report analyzed third-party libraries to identify how vulnerabilities discovered through software composition analysis (SCA) behave. Overall, around 30 percent of vulnerable libraries remain unresolved after two years; however, that statistic reduces to 25 percent for the healthcare sector. In fact, while the overall ratio of vulnerable libraries found by SCA trends down steadily over time, healthcare experienced a brief upward spike before driving rates down dramatically over the last year or so.

The Veracode State of Software Security v12 healthcare snapshot is available to download here and the full report is available here.

About the State of Software Security Report

The data represents large and small companies, commercial software suppliers, software outsourcers, and open-source projects. In most analyses, an application was counted only once, even if it was submitted multiple times as vulnerabilities were remediated, and new versions uploaded.

Veracode is a leading AppSec partner for creating secure software, reducing the risk of security breach, and increasing security and development teams’ productivity. As a result, companies using Veracode can move their business, and the world, forward. With its combination of process automation, integrations, speed, and responsiveness, Veracode helps companies get accurate and reliable results to focus their efforts on fixing, not just finding, potential vulnerabilities. Learn more at www.veracode.com, on the Veracode blog and on Twitter.