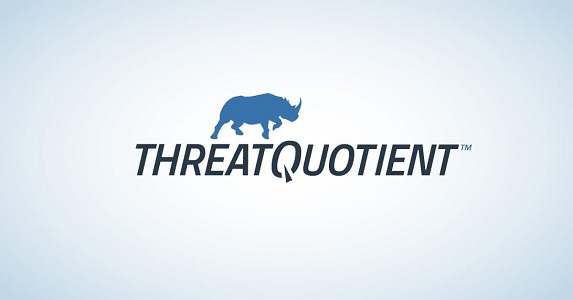 The typical SOC team has access to dozens of technologies, feeds and third-party data sources. ThreatQ connects the dots, bringing this wealth of data together into a common work surface, providing data-driven security context that enables teams to be more thorough in their investigations, collaboration, response and reporting. The result is more efficient and effective operations that can be directly measured by time savings and FTEs gained, improved risk management, and greater confidence when detecting and responding to an event.

"First generation SOAR, TIP and XDR technologies have helped SOCs wage their battle against evolving attacks, but not without limitations; it's time for security solutions to evolve as well. ThreatQuotient believes the foundation for the SOC of the future is data, which is why we doubled down on our DataLinq Engine in v5 of the ThreatQ platform," said Leon Ward, VP of Product Management, ThreatQuotient. "Enabled by Smart Collections, organisations have a strong foundation today to get more out of their data. We look forward to releasing more market leading innovations in 2022, because all data is security data and needs to be incorporated effectively into the security lifecycle."

The SOC of the future uses a data-driven approach to improve efficiency, has an open architecture to ingest any data sources free of limitations, and enables balanced automation for teams to translate data-driven context to drive response, either natively using machine automation or with tooling for human analysts. Key updates available in ThreatQ v5 that support the SOC of the future include:

"Data equals context in security, and the fact that the data is often so widely spread throughout the typical organisation means integrations are critical to detection and response," said Jason Passwaters, COO, Intel 471. "ThreatQuotient's open integration architecture makes bi-directional sharing easy between ThreatQ their DataLinq Engine and the Intel 471 TITAN Platform, which ultimately empowers our joint customers to make data-driven decisions and take the best course of action in response."

"Data is critical to security because it gives the context needed to focus on relevant, high-priority issues. Ultimately, this focus empowers teams to work faster and more thoroughly when defending against evolving attacks," said Michel Cazenave, President at Cyber Intelligence X sectors Alliance (CIX-A) and Regional CISO and CSO of PwC France. "ThreatQuotient's data-driven approach to security operations is perfectly aligned with the way top performing teams work and capabilities like the DataLinq Engine, Threat Library and Data Exchange help them to work more efficiently and better manage risk."

ThreatQ v5 is the company's third product announcement in 2021 and, along with reaching nearly 300 integrations available on the ThreatQ Marketplace, is further proof of ThreatQuotient's dedication to innovation and desire to help organisations defend against evolving threats. For more information, please visit www.threatquotient.com.

The Meaning of Orchestration
Jul 5, 2022
END_OF_DOCUMENT_TOKEN_TO_BE_REPLACED

Hangin' with Haig: Conversations Beyond the Keyboard
Mar 30, 2022

Hangin' with Haig: Conversations Beyond the Keyboard with Guest Mark Bartlett
Jul 8, 2021