The Evolution Of Cybersecurity Over The Decades In 2021, just as computing is an essential part of everyday life, cybersecurity has been a vital investment that every business or organisation needs. When the world’s largest companies and even its richest countries’ infrastructure can be vulnerable to cybercriminals, it shows that anyone can fall victim to data breaches.

It is very interesting to understand how cybersecurity has been forced to change and evolve over time - and it can help give us an insight into what might happen in the future. Here we look back through the decades at the evolution of cybersecurity.

A little early for cybersecurity, you might think. But no, even in the infancy of electromechanical computers, users were having to take precautions. There was no internet, of course, nor any network or connections that could be exploited, so the dangers were entirely limited to the physical realm.

It was in 1961 that password login was first required on a computer. This was the Compatible Time-Sharing System (CTTS), an operating system introduced at MIT. Even today we are having trouble getting people to use strong enough passwords, so perhaps it is not a surprise to learn that the passwords on this CTTS system were easily broken into.

Despite the ominous name, the Creeper didn’t do anything nefarious to the computers it infected. It simply displayed the message “I’m the creeper: catch me if you can” before it moved on to another machine.

To deal with it, another program was created going by the name ‘Reaper’ - it was designed to chase and eliminate the Creeper. Some say it was created by Bob Thomas, the man who created the Creeper, trying to undo the damage of his invention. But with the Creeper, the computer virus had been born.

By the 80s, the power of hacking and cybercrime was all too evident. International espionage was beginning to see the potential of cyber attacks - in 1986 Russia recruited a German hacker to steal US military secrets, and he was able to hack over 400 computers that were storing sensitive American intelligence.

The term CERT - standing for computer emergency response team - evolved in response to the growing number of cyber threats not only targeting government data, but private businesses as well.

It was in the 90s that the world had come to terms with the need for protection on a personal level. As such, concepts like the firewall and the commercial antivirus software were born. While no longer the silver bullet that they once were, these technologies still play a vital role in cybersecurity efforts today.

Interestingly it was a worker at NASA who came up with the concept of the first firewall in the late 80s - but it was in the 90s that the concept caught on for commercial and personal use.

Cybercrime had become a major problem by the 2000s, and governments and regulators were beginning to have the power to do something about it. It had taken some time for the seriousness of internet crime to be truly understood.

Courts began handing out serious sentences for cybercrime offences. And yet, this did not curtail attacks - in fact, cybercrime was growing exponentially year after year.

The 2010s saw a renewed effort to improve and expand cybersecurity offerings. Advanced technologies such as 24/7 threat response became not only available, but even affordable for smaller businesses.

New regulations such as the GDPR also firmed up the powers of regulatory bodies to ensure that businesses were doing enough to protect the data of their own customers and users.

There are certain challenges facing the future of cybersecurity. A lack of security-specific IT skills is becoming a problem around the world, and companies need to be continuously vigilant to ensure that they are keeping on top of the changing dynamics of cybercrime.

Businesses must invest not only in reactive technologies but also proactive solutions to discover and mitigate threats before they turn into attacks. 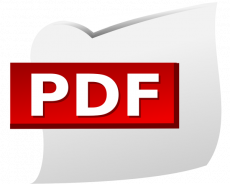 How Tech Innovation is Revolutionising Cybersecurity for Law Firms
May 24, 2022 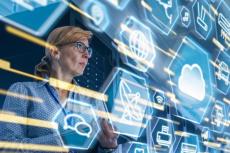 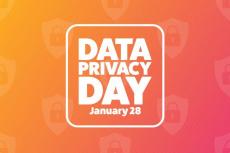